There are several great things we miss about the Northwest and on this trip back home we’ve gotten to experience many of these great things all over again.  Most of them we don’t have in Costa Rica (exception: Great Friends) so it’s extra special to soak in all these little and big blessings.  Here are the top 4 Great Things we’ve re-experienced over the past two weeks:
Great Activities 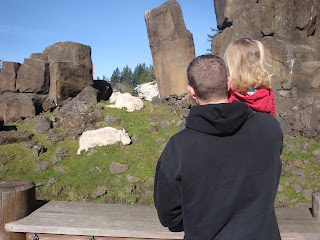 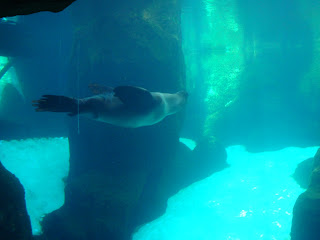 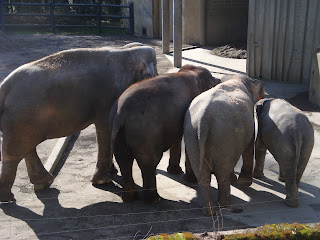 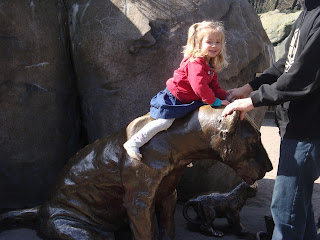 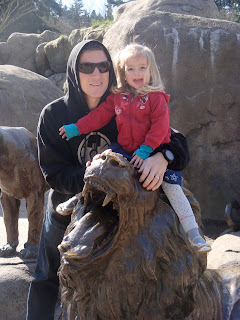 The Great Outdoors:
Great Food
The Not So Great Weather:
We leave Seattle tomorrow to go back to stay at Joe's parents in Vancouver... Hopefully the weather will start to turn, but even if it doesn't, it's been great to spend so much time with friends (a HUGE Thank You to the Bergs for hosting us!) and we look forward to a couple more weeks with family.  And then back to sunny and warm Costa Rica!
Posted by Tres Rios Project: Joe and Jennie Westfall at 8:50 PM No comments:

I had my surgery to take out my right, infected fallopian tube on March 2nd.  It almost didn’t happen, however, because on Wednesday the 29th (the day after we flew in) we received a message saying that the doctor had thrown out her back and wouldn’t be able to do the pre-op appointment nor the surgery.  We had changed our tickets, spent $450 to do so, booked a non-refundable B&B in Seattle to stay at, and had Joe’s parents take time off and get subs so they could take care of Kate for three days.  The surgery couldn’t be canceled.  The coolest part though was that we were able to stay calm about it instead of freaking out and decided to head up to Seattle anyway, make some phone calls pleading our ‘case’, and just trust that it would work out.
It did.
A different doctor stepped in at the last minute and squeezed us in for Friday (we found out on Thursday afternoon).  I had my pre-op appointment with him at 8 a.m. Friday morning, and then checked in for surgery at the hospital at noon that same day.
I’ve never been under general anesthesia before, so I was a little nervous about what that would be like, but honestly, we both could feel everyone’s prayers for us throughout the day.  I felt calm and peaceful, even when the Grey’s Anatomy moment arrived and the team of doctors and nurses yanked back the curtain of my pre-op room and seemed to race me down the hall in the hospital bed.  The last thing I remember is the mask going over my mouth.  I was out.
When I was coming to afterwards, the doctor came in, and I have fuzzy memories of his report: the surgery was a success, the left tube is open, and you have a good chance of getting pregnant on your own in the future.  Answer to prayer right there.
I had my post-op appointment yesterday.  For those of you interested in the details, this is where we stand:
·      Right tube successfully removed.
·      There was no cyst in right ovary (at the pre-op appt., the ultrasound showed a possible cyst).
·      The left tube is totally open and healthy.
·      My incisions have healed up nicely. (Three small incisions were made).  My recovery was smooth and I feel great.
·      I don’t have PCOS.  What looked to be like cysts on the ancient ultrasound machine used by the doctor in Costa Rica are actually just very active blood vessels surrounding the ovaries.  That whole diagnosis was thrown out.
·      We have a very good chance of getting pregnant without any further fertility treatments.
Next step:
·      Finding a new doctor in Costa Rica.  One that we can trust and click with.
We are so relieved to have this step behind us.  Thanks to all of you who sent us emails, checked up on us, prayed for us… It meant the world.
Posted by Tres Rios Project: Joe and Jennie Westfall at 2:15 PM 2 comments:

I woke up at daybreak on Sunday morning.  In Costa Rica, that happens at about 5:15 or so every day.  A little too early to actually get out of bed. So as I laid there with my eyes open, mindlessly staring at the wall, suddenly I snapped fully awake as I saw a three-inch gecko scurry up the wall.
Three inches is kind of big, so I immediately slammed my fist into Joe’s arm, “There’s a gecko in our room, there’s a gecko in our room! Get up!”  So Joe leapt out of bed, which scared the gecko, and he scurried across the wall and did a belly flop onto the floor.  He continued his sprint and made his way out of our room, only to end up in the guest room.  This wasn’t much better, but I’m not sure how you catch a gecko anyway – it’s not exactly like just squishing a bug – so at this point I was relieved to at least have him out of the room where we sleep. At least he wouldn’t land on my cabeza in the middle of the noche.
Fast forward to Sunday evening.  Getting ready to leave our house for a month, I was making the bed in the guest room, and remembered the gecko.  Oh yeah, there’s a lizard somewhere in here, I thought. (I was wishfully hoping he had been muy inteligente and found his way out of the slats in the window… but I knew better).  Suddenly, he appeared on the wall, only to disappear again a second later.  Darn!  He is in here.  And since we were to have a houseguest stay at our home while we were away, I figured I better get him out. I didn’t want our guest to flip out if Mr. Lizard landed on his head in the middle of the night!  And besides that, we have Fernando, the cat.  And lately, if you remember, he’s become quite the hunter – bringing in two snakes one night in December, and two mice over the past month.  Furthermore, he’d been making some strange noises earlier in the day and I suspected he might have discovered the lizard and might be after him.  All the more reason to capture this small reptile.
So, with Kate as my companion hunter, I grabbed a broom and started the pursuit. I moved out the bed a little to see if he was behind it.  Nope.  Then I moved the cardboard box, our makeshift bedside table, to see if he was inside that.  Nope.  Then I started sweeping the floor to see if I could scare him out of wherever he was hiding.  Suddenly, I looked down in the pile of mostly down feathers and dust I had collected and there was something very small, almost worm-like that caught my eye immediately.  Why was I attracted to this grayish, rope-y object you ask?
Because it was moving. Like flipping around.  Like flipping out.
There was no head.  No legs. No tail.  It was like a little tadpole on my floor trying for its life to swim.  Except it wasn’t a tadpole of course.  My brain went on warp-speed for about three seconds, trying to figure out what the heck it was.  It can’t be a snake…too small…could it be a worm?...no way, not the right shape…wait, I was trying to hunt for the gecko… not a freaky no-headed, no-legged, no-tailed… WAIT a minute!  It may not have a tail, but it IS one!!
It is the stinkin’ gecko’s tail!!!  Squirming around.  All by itself.
At this point of course, I was shrieking at the top of my lungs for Joe.  And Kate had run away.
Can anything be creepier than an amputated gecko tail flipping around on its own on the floor in your house?
With Joe now on the scene, the tail was scooped up, the gecko was discovered (yes, he was missing his tail), and the rescue mission was complete (Joe trapped him under a yogurt cup and transferred back to the wild outdoors).
As my heart rate went back to normal, we started putting the pieces together (of the story, not of the lizard): Fernando must have been pursuing Lizzie that afternoon – when we heard him making all that commotion – and instead of catching him, he only got his tail!
Lucky Lizard.
Posted by Tres Rios Project: Joe and Jennie Westfall at 7:30 AM 3 comments: