We have an infestation of casebearer moths in our house.  What are casebearer moths, you might ask?  Well, for those of you who have followed the blog since the beginning you may remember the post Slugs, Bugs, and then Culture Shock.  For those of you who don’t remember, let me refresh your memory.  Back in October, I wrote the following:
In addition to a slug and the ants, there are these mysterious flat, almond-shaped “things” hanging on the walls and ceiling of our house.  I noticed them the day we moved in.  I thought they were just some weird, dried up, dead bug, but last night as we ate dinner, I saw one on the wall and – jeepers-creepers – it was MOVING around. I picked it up with my tweezers (after eating of course) and it turns out that they have this disgusting black tentacle thingy that pokes out that helps them mobilize… (No legs were visible!) It’s one thing to have a weird, unknown dead creature on your wall, and quite another thing to see it move around and have no idea what the heck it is.  I still have the heeby-jeebies and am on a mission to rid the house of all of them, dead or alive.

Being that I am intensely curious, I not only went on a mission to rid our house of these, but also on a mission to find out what the heck they were.  I became especially obsessed with this quest more recently when I would wake up in the middle of the night, turn on the light, and find dozens of them crawling around on my wood floor.  I was NOT okay sharing my bedroom with these creepies.

I searched on Google numerous times, having no idea even what words to choose to describe the cocoon-like creature found in every crevice.  “Weird worm in cocoon + Costa Rica.”  Or “almond-shaped cocoon” or “moth species Costa Rica”. (I knew what I was seeing was the larva form of a moth-to-be because there are always tons of little moths flying around our house, but I wanted to know MORE).  Nothing was giving me the information I was seeking, but after hours of crappily-worded searches, somehow or another I finally stumbled on a couple pages that shed some light on this mysterious intruder.

They are called “Bagworms” or “Casebearer Moths”. This is what they look like up close:

My curiosity was finally satisfied.  I don’t know why I didn’t think of the word combination “case” + “moth” before.  My brain was stuck on “cocoon”.

Basically, what we’re seeing, and yes, what our house is infested with, is actually a caterpillar inside a protective case.  It drags the case around as it’s in its larva stage.  Eventually, it goes through the ‘pupa’ stage inside the case, creating a cocoon of sorts inside.  Crawling up a wall, it attaches itself, and according to this website, emerges as a tiny moth the next day around noon.

Below are a few excerpts from the website.  I highlighted the phrases that I found particularly interesting.  Or disturbing.  Anyway, for those of you who are curious like me, you may continue reading… and viewing my gross pictures.

Egg: After mating, females lay their eggs on crevices and the junction of walls and floors, cementing them on debris. Two hundred eggs may be oviposited by a single female over a period of a week, after which she dies. Eggs are soft, pale bluish, and about 0.4 mm in diameter.
Larva: The larva is not usually seen by most people. The case that it carries around wherever it feeds is what is immediately recognized. It can be found under spiderwebs, in bathrooms, bedrooms and garages. Cases can be found on wool rugs and wool carpets, hanging on curtains, or underneath under buildings, hanging from subflooring, joists, sills and foundations; on the exterior of buildings in shaded places, under farm sheds, under lawn furniture, on stored farm machinery and on tree trunks.
Management
Due to its food habits the household casebearer is a potential household pest. However, regular cleaning practices, increased use of air conditioning in houses, and reduced number of woolen goods in this part of the country, along with pesticide application in cracks and crevices for household pest control, have decreased the incidence of the household casebearer. Manual picking or vacuuming of cases and spider web removal should be enough to keep this species under control. [I am obsessed with 'manually picking' these critters out of the 'cracks and crevices' of our house.  My favorite tools to do so: a tiny screw driver and a nail.]
So, all this to say, at least I know what they are now.  And if read all the way to the end, you probably are in agreement with me: these things are GROSS!
Posted by Tres Rios Project: Joe and Jennie Westfall at 1:35 PM 12 comments:

It’s hard to believe that three years ago little Kate came into our world.  She has changed our lives beyond words and brought us immeasurable joy.  (Okay, and a few challenges as well.)  But we’re focusing on the JOY today as we celebrate her third birthday!

We had a mini-birthday fiesta for her this weekend, where she enjoyed playing at a little play place up the road from us with her friends Caia and Isaac.  Then back at home, we ordered pizza, ate cupcakes and ice-cream, and enjoyed watching her open a few gifts.

Today is her actual birthday.  It’s a pretty normal day: school, nap, swimming, but then we will head to McDonald’s for dinner  - she told us she wanted to go to a “fancy restaurant”.  I guess McDonald’s is pretty fancy to her…  After, we’ll eat some chocolate cake at a little coffee place called Kafe Haus, and then come home to open up a couple more gifts.  Happy Birthday Kate!

Here are some photos from Saturday’s event: 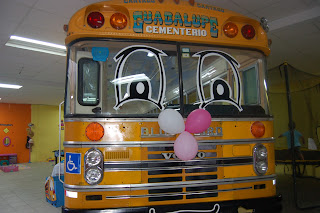 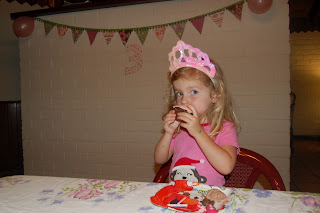 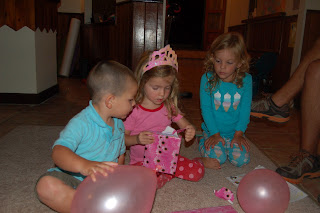 Posted by Tres Rios Project: Joe and Jennie Westfall at 1:58 PM No comments: 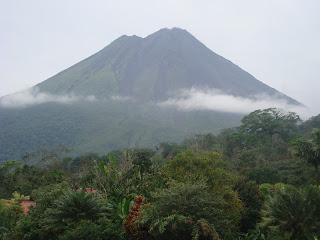 
Many of you have been following our blog and know what we’ve been up to lately.  But we wanted to summarize the past three months and give a recap on what’s happening at the Abraham Project.
·      So far this year, the Project has already hosted thirteen teams, and most of them helped to prepare the floor of the new church building for concrete to be poured.  In early April, the project was finally completed! 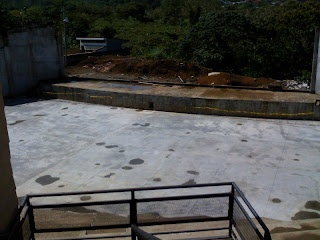 ·      Our home church, Bethany Community Church, came down in March to see about partnering with the Project on a long-term basis.  They also brought curtains from Ikea that the children’s homes desperately needed and they even installed them for us!
·      A group of three families from another supporting church, First Presbyterian Church of Bellevue, traveled here in early April with their children and incorporated four days of serving at the Project into their family vacation.  Check out Our First Team post to see pictures.
·      After our trip to the states, we are back in the full swing of Spanish classes again. The language will continue to be our main focus and goal for the next several months.
·      Jonathan and Amy Griffith, the Intern Coordinators, will be working with ten interns who arrive at the end of May, as well as 15 more who come later in the summer. The interns live with Tico families and serve in a variety of ways while they are here, whether it’s supporting teams, working in the daycare, or helping out at the children’s homes.  They are also mentored and discipled by the Griffiths. Two of the interns are coming from Bellevue, WA, so we are excited for that!

Family News
·      As most of you know, we went back to the Northwest for five weeks in March to visit family and friends, and for Jennie to have her laparoscopic surgery.  The surgery was very successful and the recovery was quick.  We wanted to say again how thankful we are for all your support and prayers during this time!  We also want to thank the Berg family, who hosted us for a week in Seattle, as well as my parents, who let us share their bedroom, bathroom, and house for three weeks!  (Okay, we weren't all in the same bedroom, but they gave us their master room... but we did all share one big bathroom!)
·      Shortly after we returned to Costa Rica, Jennie’s parents came down to visit us for a week and we all went to the beach together. It was a wonderful time for all of us, especially for Kate who got to spend lots of time with her Grandmama and Granddaddy.  We are so blessed to have supportive families who take the time to come visit us. 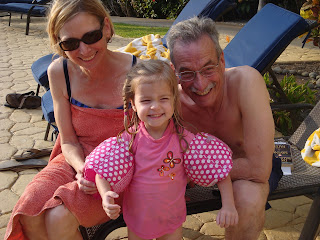 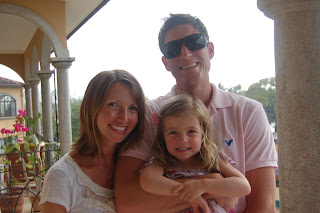 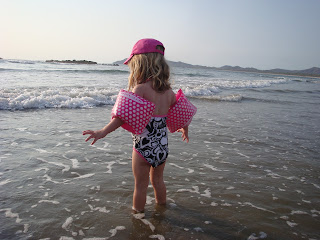 ·      This summer, we look forward to my parents coming for the first time since we moved here.  They will spend a week serving at the Abraham Project, and then we will spend another week traveling together as a family.

Please Pray:
·      For peace and patience for our family as we continue to adjust to a new culture.
·      For wisdom and guidance in raising Kate.
·      For continued discipline and motivation in learning Spanish.
·      For spiritual growth for Jennie and me.

Thank you for your continued support and prayers.  We feel blessed to be here and couldn’t do it without support!

Check Out:
·      The Abraham Project Blog at abrahamproject.wordpress.org for more information/details on the children’s homes, teams, adoptions and more!
Posted by Tres Rios Project: Joe and Jennie Westfall at 2:35 PM No comments: